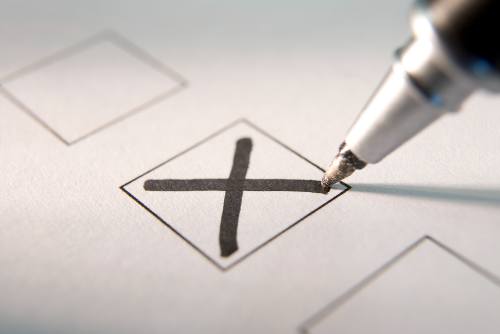 With voter registration deadlines looming, Google is reminding people to register to vote in the US general election.

With voter registration deadlines looming, Google is dedicating prime real estate on its home page reminding people to register to vote in the US general election.

TechCrunch was perhaps first to spot the ad while noting that it only appears on the Google home page for US desktop users. Could Google reach more people by including mobile as well? Of course — but Google still accounts for 64% of desktop search share with more than 10 billion searches per month.

Google has made efforts in the past to encourage voter registration, but nothing to the extent of putting a pop-up ad right on the home page. The closest it has come to that was a Google Doodle last month which appeared on the day before National Voter Registration Day.

Googles pop-up ad reads: “Make sure you’re registered to vote”. The following options are “No Thanks” or “Learn How”. Clicking “No Thanks” will dismiss the ad, while clicking “Learn How” will direct you to voter registration information compiled by Google.

According to Twitter user Sara Robertson, Google takes it a step further with a more urgent reminder when it’s the last day to register to vote in your state:

the @google homepage reminding everyone in Texas that today is the last day to register to vote. Nicely done! pic.twitter.com/T2swh3prgT

For a company which has built a reputation on maintaining a clean and simple home page, this is an unusual action for the search giant to take. However, Google is far from being the only tech company to encourage voter registration during the 2016 general election.