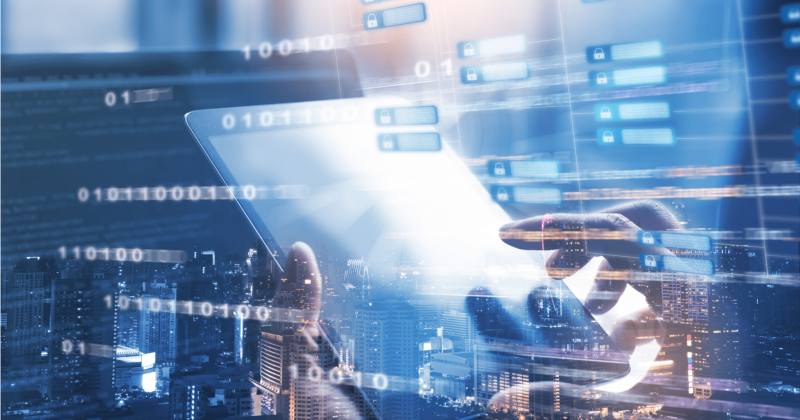 The online advertising industry isn’t just booming. It’s perhaps never been more powerful — or important — than it is right now, according to a recent Forrester study.

Indeed, by 2021, marketing budgets for advertisers in the United States will climb to a collective $120 billion per year — a trend that shows no signs of slowing down anytime soon.

With ad networks like Google, Facebook, Amazon, and Apple, online advertising is nothing if not malleable. But this malleability is at once its biggest strength and its greatest weakness.

On the one hand, online advertisers can rely on huge volumes of data to make smarter and more informed decisions about what is or isn’t working for them.

This gives advertisers a chance to reach out and make real, organic connections with their audience in faster and more efficient ways than print alone could ever offer.

On the other hand, the world of online advertising is also always evolving: the industry as it exists today bears little resemblance to the one we knew even five years ago.

Right now, the industry is on the cusp of yet another massive transformation that stands poised to change everything all over again.

If you thought that blockchain technology was something that only crypto-miners and bitcoin enthusiasts had to concern themselves with, you might want to think again.

It has a number of fascinating implications for online advertisers that are worth exploring.

What Is Blockchain? Breaking Things Down

Although blockchain as a term seems complicated, the concept at the heart of blockchain is actually quite simple.

Blockchain refers to a particular type of digital ledger in which transactions (usually made in bitcoin or some other type of cryptocurrency) are recorded in a manner that is:

Accordingly, a standard blockchain transaction can be broken down into the following steps:

Someone requests a transaction, which is then broadcast to a P2P network that is made up of computers (also referred to as nodes). That network of computers then validates the transaction, along with the status of the requesting user, via a series of sophisticated algorithms. Once the transaction has completed verification, it is then combined with other recent transactions to create a new block of data. That new block is then added to the ledger, thus literally becoming “another block in the chain.” This step is key, as that block then exists forever. It’s not only permanent and publicly available, but it’s also totally unalterable. At this point, the original transaction is now complete.

Indeed, it is this verification process — coupled with the permanency of the record — that brings with it the most important benefit that blockchain technology has to offer:

When blockchain was originally developed, it was designed to solve something of a double-spending problem that bitcoin users were experiencing.

If left unchecked, the same digital “token” can be spent more than once, creating a situation where it’s easier to counterfeit cryptocurrency and artificially inflate the market as a result.

Blockchain became the best way to solve this issue, all without needing to turn to some type of central server or other trusted authority — an element that cryptocurrency was designed in part to eliminate in the first place.

Again, blockchain is secure by design. This makes it valuable to the world of digital currency in particular.

But if you had to make a list of some other industries that could benefit from this new level of visibility, security, and accountability, online advertising would undoubtedly be right at the top.

The State of Online Advertising Today

To say that online advertising has a fraud problem is an understatement.

According to one recent study, up to 7.6 percent of all display ad impressions in 2017 were fraudulent.

Over the last few years, the amount of money that online marketers have lost to ad fraud has ballooned to $6.5 billion last year as per the Association of National Advertisers and the fraud detection organization White Ops — a number that itself breaks down to about $1 out of every $3 spent on digital marketing efforts.

In today’s digital world, online advertising is the best way for brands of all shapes and sizes to connect with the audiences they serve.

But online advertising comes with a pretty big “catch”: it’s getting less secure (and “authentic”) by the day.

Ad fraud does more than just cost marketers money. It erodes the delicate sense of trust between a brand and their consumers, thus harming its own longevity and potential reach along the way.

Clearly, something must be done about this problem sooner rather than later.

There are a number of compelling reasons why blockchain may very well be that “something” we’ve all been looking for.

The Implications of Blockchain Moving Forward

1. Advertisers Can Directly Connect to Consumers

Possibly the most immediate impact blockchain will have is on digital display advertising, something that makes up a significant portion of all online marketing activity.

As the system works now, both the advertiser and the end user essentially meet by way of a middleman.

With blockchain, however, it’s easy to envision a situation where these middlemen aren’t just less powerful — they may become totally irrelevant to the exchange.

You’re already seeing this happen to a certain extent with examples like BAT (Basic Attention Token) that allow advertisers to pay people based on the “mental effort” required to view an ad.

BAT and similar disintermediation technologies not only remove the need for advertisers to go through companies like Google or Facebook altogether but also connect them to their potential customers in a more direct way.

But the larger implication of this is precisely that: instead of Company A paying Google to serve ads to people based on “imprints,” that same company could just pay the consumers actually viewing the ads in the first place.

In other words, if Blockchain successfully allowed advertisers to connect directly to those consumers, the media buying process as we currently know it would cease to exist.

Beyond this benefit, the ledger at the heart of blockchain could also offer advertisers critical visibility (i.e., an advertiser could actually confirm that someone viewed an ad before the exchange of currency).

Indeed, many experts already agree that at the very least blockchain will mean more direct business between advertisers, publishers, and their users. It’s easy to see how this is good news for just about everyone, even Google or Facebook – both of which make up the majority of their revenue from advertising activities.

Along the same lines, blockchain also has the potential to solve another of digital advertising’s major problems: the ads themselves.

Not only are display ads intrusive for many, but for mobile users, in particular, they also drain a device’s battery and waste an incredible amount of bandwidth.

With blockchain and solutions like the aforementioned BAT technology, however, there’s a real potential to change the way that people interact with these ads in the first place.

The BAT-powered Brave browser, in particular, enables users essentially to “opt into” viewing ads based on what type of content they want to see.

Not only does this provide consumer information to advertisers in a way that still maintains the anonymity of the user, but those users also get fewer ads of higher quality that are more specific to what they’re actually interested in.

So the ads themselves become less intrusive, as well as fewer and more effective because they’re more relevant — thus eliminating bandwidth waste and mobile battery drains, which are huge benefits to device manufacturers like Apple and Amazon.

Similar to its application in the world of cryptocurrency, the most important implication blockchain brings to the world of online advertising is transparency.

All of the major networks in this space – Google, Facebook, Amazon, and Apple – have made a tremendous amount of money in a field that has, until now, remained as murky as humanly possible.

But thanks to the superior visibility and the tamper-proof nature of the blockchain ledger system, all of that is about to change.

Blockchain will generally empower search engine markers precisely because it can verify that every user is 100 percent genuine, which translates into website owners being charged only for genuine clicks through to their site.

Advertising will also become more efficient because blockchain will enable advertisers to build customer profiles directly from information customers are willing to share, improving targeting and relevance and, ultimately, conversions and revenue.

For example, in a blockchain-powered model, when you get served an ad for a particular product as a consumer, you also don’t have to worry about whether you’re about to fall into someone’s trap from halfway around the world.

You can instantly see what that product is and where it came from. If you want to buy it, you know if you’re purchasing it from Amazon directly or from the Amazon marketplace.

You’ve got the complete story of the product behind an ad at your disposal as a matter of public record, putting an incredible amount of power back into the hands of users everywhere – right where it always belonged.

While it’s tempting to assume that ad giants like Google, Facebook, Amazon, and Apple have the most to lose when it comes to blockchain, such conclusions may be premature.

In fact, it’s important to acknowledge that a lot of this is still very much a hypothetical scenario. Yes, blockchain exists and yes, people are already putting it to good use across the online advertising space.

But the big four don’t have anything to fear (or celebrate, for that matter) quite yet.

Beyond this, it might be prudent to point out that Google has already announced it’s building its own blockchain for cloud and transactional services, and that the company and other giants like it may use it as a catalyst for rethinking the current advertising model, especially because blockchain offers so much potential for brands to use advertising to build deeper relationships with consumers.

However, unlike the big four, advertisers and end users have everything to gain from disrupting the old paradigm.

The fact remains that technology is evolving at an incredibly fast pace. Even these potential applications of blockchain in terms of online advertising would have been unthinkable just a few short years ago. And yet, here we are.

So while we’re still in the early days of a digital advertising revolution, the future blockchain is pointing toward is one we’ll all want to live in.